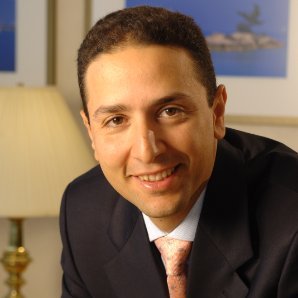 Maamoun Rajeh was promoted to the position of Chairman and Chief Executive Officer of Arch Worldwide Reinsurance Group in October 2017. From July 2014 to September 2017, he was the Chairman and Chief Executive Officer of Arch Reinsurance Ltd. He joined Arch Reinsurance Ltd. in 2001 as an underwriter, ultimately becoming Chief Underwriting Officer in November 2005. Most recently, he was President and Chief Executive Officer of Arch Reinsurance Europe Underwriting Limited from October 2012 to July 2014. From 1999 to 2001, Mr. Rajeh served as Assistant Vice President at HartRe, a subsidiary of The Hartford Financial Services Group, Inc. Mr. Rajeh also served in several business analysis positions at the United States Fidelity and Guarantee Company between 1992 and 1996 and as an underwriter at F&G Re from 1996 to 1999. He has a B.S. from The Wharton School of Business of the University of Pennsylvania, and he is a Chartered Property Casualty Underwriter.