Chief Executive Officer and Board Member 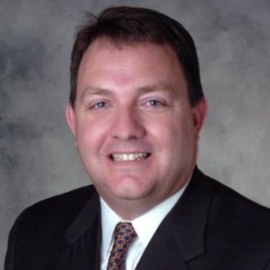 Mr. O’Farrell is Chief Executive Officer of Premia Holdings Ltd., a Bermuda based holding company with over $500 million of capital focused on providing solutions to companies looking to sell or reinsure their non-life runoff portfolios.  Prior to the formation of Premia, he served as Executive Vice President of Arch Capital Group with responsibility for developing its runoff market strategy, including the formation of Premia.

Prior to Arch, he served as Chief Reinsurance Officer of Chubb Limited (previously known as ACE Limited) for over a decade.  In this role, he had management responsibility for one of the largest ceded reinsurance programs in the world, along with managing the company’s $14 billion reinsurance recoverable asset and overseeing its relationships with its reinsurers and reinsurance brokers globally. He also previously served as Chairman of Brandywine Holdings, ACE’s $5 billion runoff operation.  Mr. O’Farrell joined ACE in 2003 as Senior Vice President of Reinsurance Recoverables and was promoted to Chief Reinsurance Officer in October 2005.

Prior to joining ACE, he was Vice President and Legal Counsel with the Berkshire Hathaway Reinsurance Division, where he sourced transactions, led due diligence teams, counseled senior management and managed a large portfolio of run-off liabilities.  He held a number of senior positions, including serving as a board level director, with various operating subsidiaries during his more than a decade with Berkshire.

Along with his traditional reinsurance background, he has broad capital markets experience including cat bonds, side cars and he developed the structure and played a key role in the launch of ABR Re, an independent reinsurance company jointly sponsored by ACE and BlackRock Inc. in April 2015.

Mr. O’Farrell holds a BSBA and JD from Creighton University.  He attended Creighton on an Army ROTC scholarship and served as an U.S. Army officer in Saudi Arabia and Kuwait during Operation Desert Storm in 1991.  He is also the co-inventor of a patented method for reinsuring an insolvent (re)insurance company’s liabilities (patent US 2008/0114619 A1).